Vitrectomy is a procedure of ocular microsurgery used to remove the vitreous body, as in the case of appearances of vitreous opacities that results from bleeding and tractions that tend to contract and pull the retina enough to cause distortion in central vision. The vitreous body is a transparent gelatinous substance present inside the eye, to which it gives form and volume. It is primarily composed of water and substances such as hyaluronic acid. Because of its position, it is in close relationship with the retina, to which it adheres to several points.

Among the main indications of vitrectomy are:

Representation of a still image during a minimally invasive 27-G Vitrectomy: 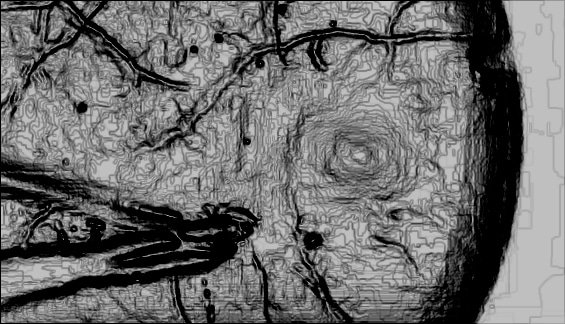 Vitrectomy is effective in situations in which the vitreous humor is as opaque as in hemorrhages or infections, or when the vitreous is responsible for the formation of a retinal pathology, such as retinal detachment, diabetic retinopathy, macular hole, and macular pucker.

Vitrectomy is also used in cases of penetrating ocular trauma with or without the retention of a foreign body. It is also applied in the case of other ocular surgery complications such as the luxation of the nucleus in the vitreous that may follow a capsular rapture during a cataract surgery.

Video Transcription:
The minimally invasive Vitrectomy represents the most advanced frontier of what can be done inside an eye. Thanks to the miniaturization of technologies, it allows the elimination of pathologies that have caused problems at the retinal level and at vitreous level such as hemorrhages, membranes that have grown on the retina in the cases of diabetic retinopathies and posterior vitreous detachment but also all the diseases of the rhegmatogenous type. All the problems that afflict the vitreous and the retina when the vitreous is detached from it and on the lesions are precisely called rhegmatogene. It can cause retinal detachment which is a very debilitating disease that certainly leads to blindness if not treated. It can be prevented with extensive eye examinations by retinal specialists. It can be avoided by prophylactic laser treatment of the lesions and above all it must be treated with surgery such as cerclage and / or vitrectomy in case the retina has already detached.

The minimally invasive Vitrectomy has 27 Gauge and now available on the market for two years. It allows a rapid restoration of the eye’s functions and therefore a very quick patient’s rehabilitation. This translates into a few hours’ hospitalization and the patient can be discharged a few hours after surgery and can go home with a blindfold. The next day, the patient goes back to have it checked by the ophthalmologist. The eye is blindfolded until the patient is in a condition to resume normal activities. For intense activities such as gym or sport, usually, the patient is laid off for at least two or three weeks.

These membranes begin to pull on the surface of the retina and distort it. The patient sees it distorted and fogged until it can lose the central vision by traction directly on the fovea which is the most central point of the macula itself.

Following this hole formation, the macular hole has an acute or minor loss of central vision and the only way to treat this type of disease is minimally invasive Vitrectomy. It allows a restoration of the retinal anatomy and the relaxation of the tractions that caused the macular hole itself.

The new minimally invasive vitreoretinal surgery that is known as 27-Gauge (27-G) Vitrectomy Surgery is now available in Italy. The “G” (Gauge) indicates the needle size, so the larger the number, the smaller the diameter is. The 27-Gauge Vitrectomy Surgery is better than the 25-Gauge because it creates a smaller hole to the benefit of the patient. Vitrectomy is performed by making small holes inside the eye through which microscopic devices are inserted that allow the surgeon to perform the surgical intervention on the vitreous body and retina. The diameter of these devices determines the invasiveness of the intervention. Apparently, the smaller the diameter, the better the compliance of the patient’s eye will be. Subsequently, there will be an increase in the overall success of the surgery with quicker postoperative recovery. 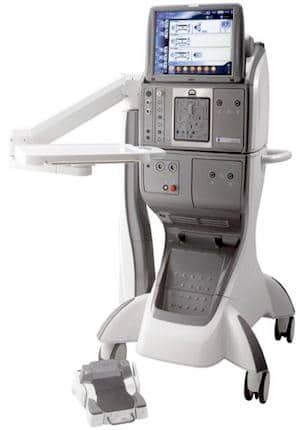 The 27-Gauge corresponds to 0.4 mm diameter in incision size. We started 20 years ago from the 20-Gauge Vitrectomy, obviously, that is with a larger diameter. With a diameter of 0.4 mm, these “micro-incisions” on the eye, through which the microscopic devices enter, do not need to be sutured for postoperative recovery. They are self-sealing and do not determine the discharge of liquid in the postoperative period and presence of complications. Therefore, they are well accepted by the patient and in skilled hands of the surgeon, can allow vitreoretinal surgery to last in a very short time (15-20 minutes, an immediate functional recovery without pain (we are speaking of 24 hours), and in selected cases, surgery without anesthesia.

Minimally invasive vitrectomy is a modern method that allows to perform minimally invasive interventions on the vitreous body and on the retina. Therefore, it is to intervene on the most noble microstructures inside the eye. Thanks to the new technologies of the most modern machines that we have available, we can afford to perform minimal interventions with minimal stress on the eye tissues and for the patient. Let us remember that the less time we are in an eye, an organ, the less trauma we cause, the faster the recovery that the organ will have.

Modern minimally invasive surgery cannot do without the latest generation machines. The evolution of minimally invasive vitrectomy has led to a miniaturization of structures up to 27 Gauge (which is the minimal diameter of the needles with which we perform micro-operations in the eye) and these new machines allow performing any type of surgery minimally invasive vitreoretinal at 25 and above all at 27 Gauge. What is the advantage of greatly reducing the diameter with which we enter the eye? It has the enormous advantage of giving minimal stress to the structures, therefore a very fast functional recovery, a lean and clean surgery and an eye that almost does not show signs of a previous surgery the next day.

These new machines that are available allow for minimally invasive cataract surgery and combined surgery. What does it mean? It means that we can perform a surgery on the anterior segment, then remove the cataract and implant a high-tech lens that will allow the patient to have a perfect vision from afar, halfway and up close, to have a very high visual performance level. Naturally, if the patient also has a pathology affecting the vitreous and retina, it is advisable to perform a combined operation, which consists of surgery of the anterior segment: this involves removing the cataract and implanting a high-tech crystalline lens if the patient requires it and at the same time, perform a minimally invasive vitrectomy on the posterior segment. From this, comes a new concept that is of the refractive vitreous surgery. In reality, this term does not exist because it is a neologism that we coined to define all that we can do to give the patient a vision quality as perfect as possible. It means that if the patient performs a cataract surgery with a high-tech lens and therefore has the desire to have a perfect vision as if he were a kid. In the same way, he has the right to see the elimination of the impurities he has inside the vitreous body and associated epiretinal membranes.

These new machines allow us to get closer to an increasingly minimal surgery done in a short time with exceptional results for the patient.

Increasingly minimally invasive techniques, with reduced to an absence of post-operative pain. The technology in the field of eye surgery continues to make progress. One of the latest news concerns vitrectomy, a surgical procedure used to remove the vitreous body usually following some types of maculopathy or retinal detachment. «The announcement touches on an evolution of the diameter of needles that is recently made available in Italy. It is at 27-Gauge, or 0.4 mm in diameter, says Dr. Alberto Bellone, a specialist in the field of refractive surgery and ocular microsurgery. Previously, the smallest available size was 25g or 0.5mm. This is a truly microscopic change but for microsurgery, it is substantial and involves numerous benefits to the patient».

Vitrectomy is the removal of the vitreous body and is necessary because of some pathologies: «The vitreous body is a transparent gelatinous substance present in the eye, composed largely of water and substances such as collagen and hyaluronic acid. It adheres to several points to the retina, so the intervention must be performed by experts to avoid damage» says Dr. Alberto Bellone.

The intervention. «Vitrectomy is effective in situations in which the vitreous humor is as opaque as in hemorrhages or infections, or when the vitreous is responsible for the formation of a retinal pathology, such as retinal detachment, diabetic retinopathy, macular hole, and macular pucker, explains the Turin Ophthalmologist. The 27-G Vitrectomy is indicated for most of the interventions. Among the main indications, is the epiretinal membrane (macular pucker) or cellophane maculopathy, as it is often called. It is another rather frequent case in which retinal detachment is observed». Vitrectomy is also used in the case of a penetrating ocular trauma with or without foreign body retention.

The technique. «In the 70s, when vitrectomy was invented, it was 17g. Twenty years ago the instrument used had a diameter of 1 millimeter. Today, after several intermediate steps, with 20- and 23-G, we have more than halved this size» explains the Turin Ophthalmologist. Vitrectomy is done by creating holes through the eye where microscopic devices are inserted that allow you to perform the surgery on the vitreous body and retina. The diameter of these microscopic devices determines the invasiveness of the intervention. It is clear that the smaller the diameter, the better the results of the surgery and the recovery in the postoperative period will be.

«With a diameter of 0.4 mm,”micro-incisions” are done on the eye for the operation, which for such small dimensions are self-sealing (without the need for sutures), do not determine the leakage of liquid in the postoperative period and they do not cause complications, says Dr. Alberto Bellone. The operation is performed in a very short time (15-20 minutes) and functional recovery takes place immediately, in 24 hours, without pain and in selected cases even without anesthesia».

Dr. Bellone has performed a considerable number of minimally invasive vitrectomy interventions in Italy and in particular, he is the first operator in Piedmont to use the 27-Gauge technique.